The ENEL hydroelectric power plant of “Domenico Cimarosa” was built along the river Volturno between 1979 and 1990. The plant is still today the first in Italy and the second in Europe by size. The power plant is divided into two basins, one upstream and one downstream. The water in the upper basin descends through the pipelines and reaches the “valve chamber”, where there are taps that regulate the water flow rate. From this chamber, the pipelines go from two to four and each has its own turbine. Once it reached this point, water flows down from the pipelines, goes through the turbines and with the kinetic energy it produces electricity; at the end of this process, water flows back again downstream. All this process happens during the day since at night the turbines turn into pumps to bring water back to the upper basin with almost total energy efficiency. 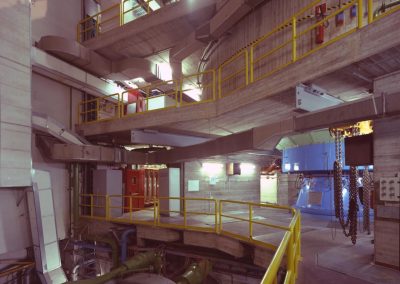 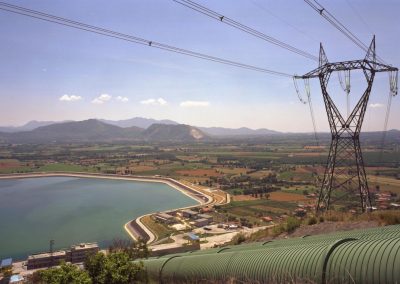 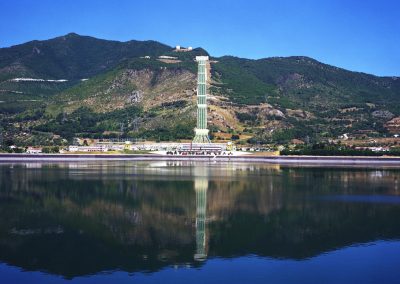 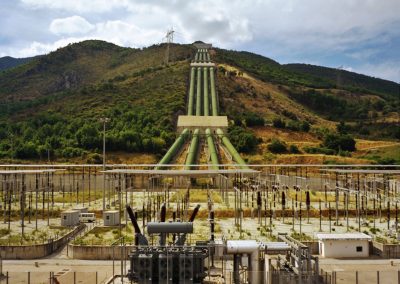 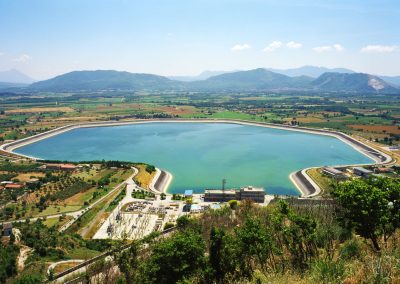